So this is an update post. Long story short... We're getting the band back together.
Things are happening behind the scenes and we're working on things!!

Please do not loose hope!

~Share and enjoy!
Giro
Gi Nattak. I know you read the blog posts. Please get into contact with us at ruby.dragoon@gmail.com
Posted by Midnight at 8:58 PM 36 comments:

I would be lying to you if I said nothing was wrong, so I'll get straight to the point. Flames of Eternity needs your help, I need your help. Communication has ceased with the previous developer, more than likely because of life happening. Life has happened to me as well, as a major transition occurred in my life, along with two moves and career changes. One thing that I have not given up on is the hope of seeing this project through to completion.

Excuses aside, here is the one main fact:
I still have copies of the developmental files and notes from Enhasa. Also copies of the tools used through development!
I am asking for Mugen Kagemaru to contact me at: ruby.dragoon@gmail.com  ASAP!!! Even through Google Hangouts.

I will be checking this email address frequently.

If you think you can provide a meaningful contribution to this project, email me at the address posted above, and attach copies of your work. I have to weed out the unskilled hopefuls from the skilled hopefuls. This is nothing against the community at all, this is because of the simple fact that I do not have the time to spin up people on using the developmental tools, and this is a failure on my part. I am a father and a husband, as well as working a full time job.

Share and Enjoy~
Giro
Posted by Midnight at 1:21 PM 46 comments:

Something in the works...

We have something in the works...

More details to come when it is time!

New things on the horizon!!

Despite all evidence to the contrary, FoE is not dead! Work continues (very) slowly but surely.
Here's some news about the next update:

It will be known as RC-8
It will feature a new quest which takes you all over 2305 AD, including Northern Zenan and Medina! These two areas have never been accessible in 2305 before.

It will include several new maps and 2 new dungeons!
It will include lots of fixes to bugs, many of which were reported by the community.
It will NOT be the final release, although subsequent releases will most likely contain further bugfixes, rather than new content.

We hope we still have some fans hanging on despite the long absence of updates. This is a decently large quest that's being added, so we want to take our time and make sure everything looks and plays well. Unfortunately, that means there's still a ways to go before it comes out. Expect something within the next few months. We will try to get updates out more regularly to give you an idea of our progress.

Thanks for everyone's loyalty- let's keep that Dream of Zeal alive!

P.S.: Here are screen shots of some of the new areas! 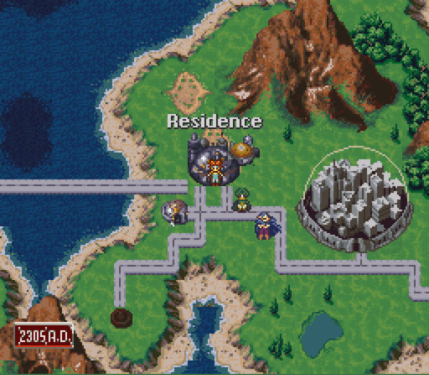 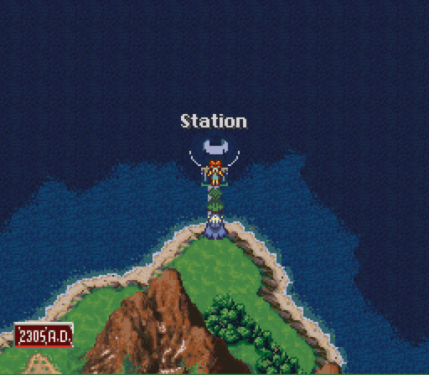 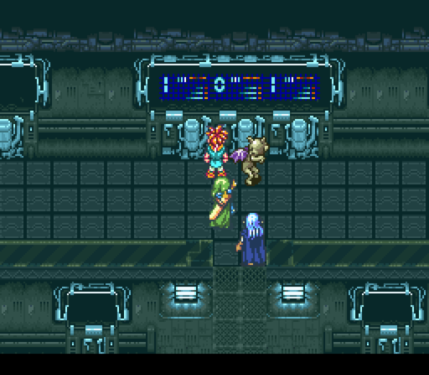 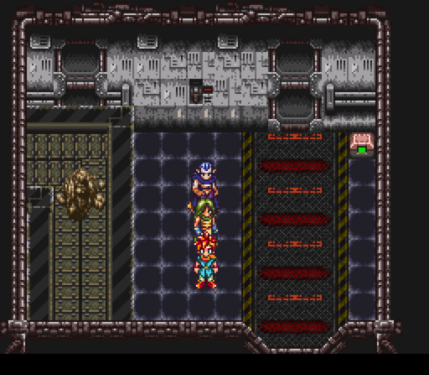 As you can see, we have been busy.

Our stance on "repro carts" AND Updates!!

We DO NOT endorse ANY reproduction cartridges of Chrono Trigger: Flames of Eternity!! >:(

Flames of Eternity is UNDER CONTINUED DEVELOPMENT! Which means when you buy one of these repro carts, your game WILL be outdated eventually, and you WILL NOT be able to update it.

You're also getting only HALF of the experience! Flames of Eternity is DESIGNED to be used with the Chrono Trigger MusiCompanion program AND the included soundtracks that go with it! That's updated and NEW music that you can NOT get from a 16bit system.

These carts are providing us with NOTHING being given to us for each one sold, our countless hours are basically being stolen not only from us (Enhasa Enhancements), The RubyDragoons (retired group), and Kajar Laboratories (retired group).

Because these things CONTINUALLY pop up, our work is ONLY going to be officially released on GBATEMP.net now. A WONDERFUL emulation website.

You can obtain officially made SNES Pis with Flames of Eternity loaded onto it for you so that you can play it on your TV like an ACTUAL console (Not to mention that you can add your own games to it!)

We have NOT stopped working on the game, these things take time, and again, we are not a professional game studio by any means, we're a small group of hobbyists and a maker working on this in our own free time.
As evidenced by this video:


We have not stopped development. WE HAVE A TITLE SCREEN NOW!
So here's a bit of a teaser for you.

We're still working on the additional dungeon in 2305 AD.

So for those who have waited and followed us faithfully, your patience WILL be rewarded!

No beating around the bush, or leading you on any longer... Here is the place for you to grab your own copy of Chrono Trigger: Flames of Eternity RC-7D!


Remember! Bugs are to be emailed to: enhasaenhancements@gmail.com!

Play testing on the next release has begun!

This is an informational update about the next release of Flames of Eternity! :D

We're currently running a play test on the next release and will unleash the release upon the world when we're completed!

Share and enjoy!
~Giro
Posted by Midnight at 5:30 PM 5 comments:

We have finished testing, and we present to you, the latest release of Chrono Trigger: Flames of Eternity! 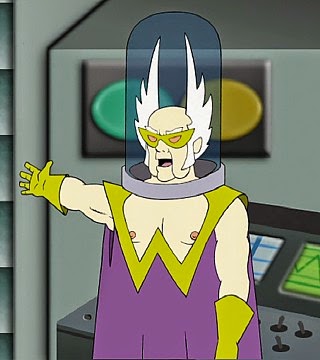 We begin testing the new build today. That means that the newest is almost here.
So we ask you to give us your patience for a few more days.

Share and enjoy!
~Giro
Posted by Midnight at 5:14 AM 3 comments:

Today we're informing you of the progress on RC8! The decision was made to change Agent 86's accent from broken bork to French, and to rewrite some of Glenn's lines. The rewording is about half way done. The expanded area in 2305 is nearly complete! This introduces a brand new dungeon, another side quest, and a few more weapons! (I won't spoil what they are for you.)

So please keep your eyes peeled! I promise you that your patience will be worth it.